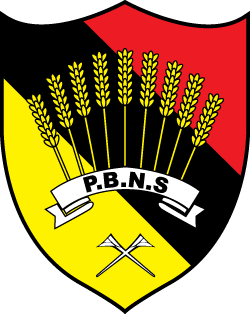 The Football Association of Negeri Sembilan enters a team in Malaysian football competitions to represent the state of Negri Sembilan. The team is based in Seremban. They play in the top division in Malaysian football, the Malaysia Super League. Their home stadium is Tuanku Abdul Rahman Stadium in Paroi, Seremban, Negeri Sembilan. The team currently plays under the sponsor of Naza Group. On 7 November 2009, Negeri Sembilan FA ended their 61-year drought in the Malaysia Cup after posting a convincing 3-1 victory over Kelantan FA in the final at the Bukit Jalil National Stadium in Bukit Jalil, Kuala Lumpur.. source

Also check out our full list of Logo Football