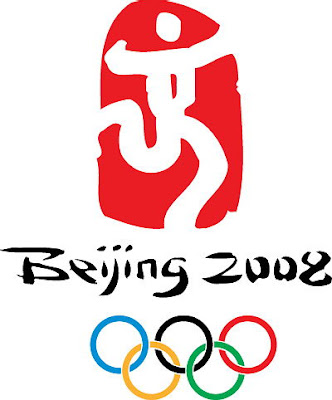 On 13 July 2001 at the 112th IOC Session in Moscow, Beijing was elected the Host City for the Games of the XXIX Olympiad in 2008. The vote followed in line with the recommendation of the IOC Evaluation Commission that “a Beijing Games would leave a unique legacy to China and to sports. The Commission is confident that Beijing could organise an excellent Games”.The official emblem of Beijing 2008 entitled “Chinese Seal-Dancing Beijing” cleverly combines the Chinese seal and the art of calligraphy with sporting features, transforming the elements into a human figure running forward and embracing triumph. The figure resembles the Chinese character “Jing”, which stands for the name of the host city and represents a particularly significant Chinese style. The artwork embodies four messages:

– Chinese culture,
– the color of red China
– Beijing welcomes friends from all over the world
– to challenge the extreme and achieve the perfect and promote the Olympic motto of “Citius, Altius, Fortius (Faster, Higher, Stronger).

For the rest of sports logo go to Logo Sports, Football, Games.