The new updated version of Kadet Remaja Sekolah – KRS to replace the previous outdated version. Kadet Remaja Sekolah Malaysia – KRS (Malaysia School Youth Cadet Corps) is a scout like movement organised by the Government of Malaysia as a youth organisation. KRS (with it’s eraly name as KPIM) was founded by Muhammad Thani Bin Sha’aban, a teacher at SM Raja Abdullah, Jalan Kepong, Kuala Lumpur, Malaysia. Initially, this organisation was known as Kadet Putera Islam Malaysia – KPIM (Islam Boys’ Cadet Corps) and its membership was open to SM Raja Abdullah Islam Students’ Association. With only 20 members in the beginning consisting of Form 1 and Form 2 students only. 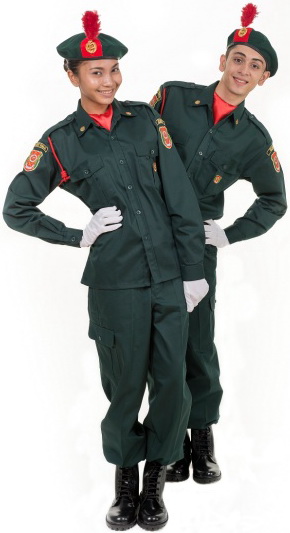 In the meantime, the further discussion about KRIS to the Education Directors was held in October 1993 and a decision was made to change KRIS to the new name, Kadet Remaja Sekolah, Malaysia – KRS. It was officially launched on 20 June 1995 and its membership opened to all boys and girls regardless or religion. Since then, many schools began to bring in this youth organisation as they see the importance of uniformed groups in bringing up a student’s discipline. KRS groups are mostly formed when a new school is established or brought in by the administrator of the schools which are established earlier.

This website uses cookies to improve your experience while you navigate through the website. Out of these, the cookies that are categorized as necessary are stored on your browser as they are essential for the working of basic functionalities of the website. We also use third-party cookies that help us analyze and understand how you use this website. These cookies will be stored in your browser only with your consent. You also have the option to opt-out of these cookies. But opting out of some of these cookies may affect your browsing experience.
Necessary Always Enabled