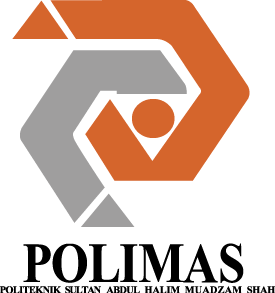 Politeknik Sultan Abdul Halim Mu’adzam Shah (POLIMAS) is situated in Bandar Darulaman, Jitra, about 25 km north of Alor Setar, in the state of Kedah. It was initially known as Politeknik Alor Setar when it occupied the hostel premises of Sekolah Menengah Teknik Alor Setar as its temporary campus. The first academic session began in July 1984 with an intake of 120 students. The mission of the polytechnic is to produce quality manpower at semi-professional level to meet the needs of public and private sectors in Malaysia. The polytechnic moved to its present campus located on a 28 hectare site in the district of Kubang Pasu on 14 March, 1987. Two years later, on 23 March, 1989, the polytechnic was officially opened by His Royal Highness The Sultan of Kedah and was named after the Sultan as Politeknik Sultan Abdul Halim Mu’adzam Shah.. source Download vector logo of POLIMAS